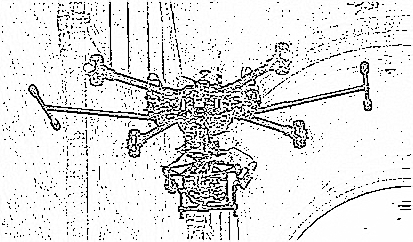 Now Google or to be precise: Alphabet’s innovation lab X has started a burrito delivery using autonomous drones. Moreover, this drone operation did not happen in a private testing area but on the public campus of the Virginia Tech!

Similar to the ideas presented in my book, there is no human permanently controlling every drone. Instead, the pilot acts as a „human in the loop“ (HIL) that only interferes when necessary, i.e. in case of critical maneuvers or emergencies.

However, the announcement does not state whether there is a one-to-one relation between drone and pilot or whether one pilot is in charge of controlling more than one drone. If the latter were true, it would be interesting to know the maximum number of drones a pilot is responsible for – at the same time. Nevertheless, Alphabet has made one more step to true IT service-based drone operation.