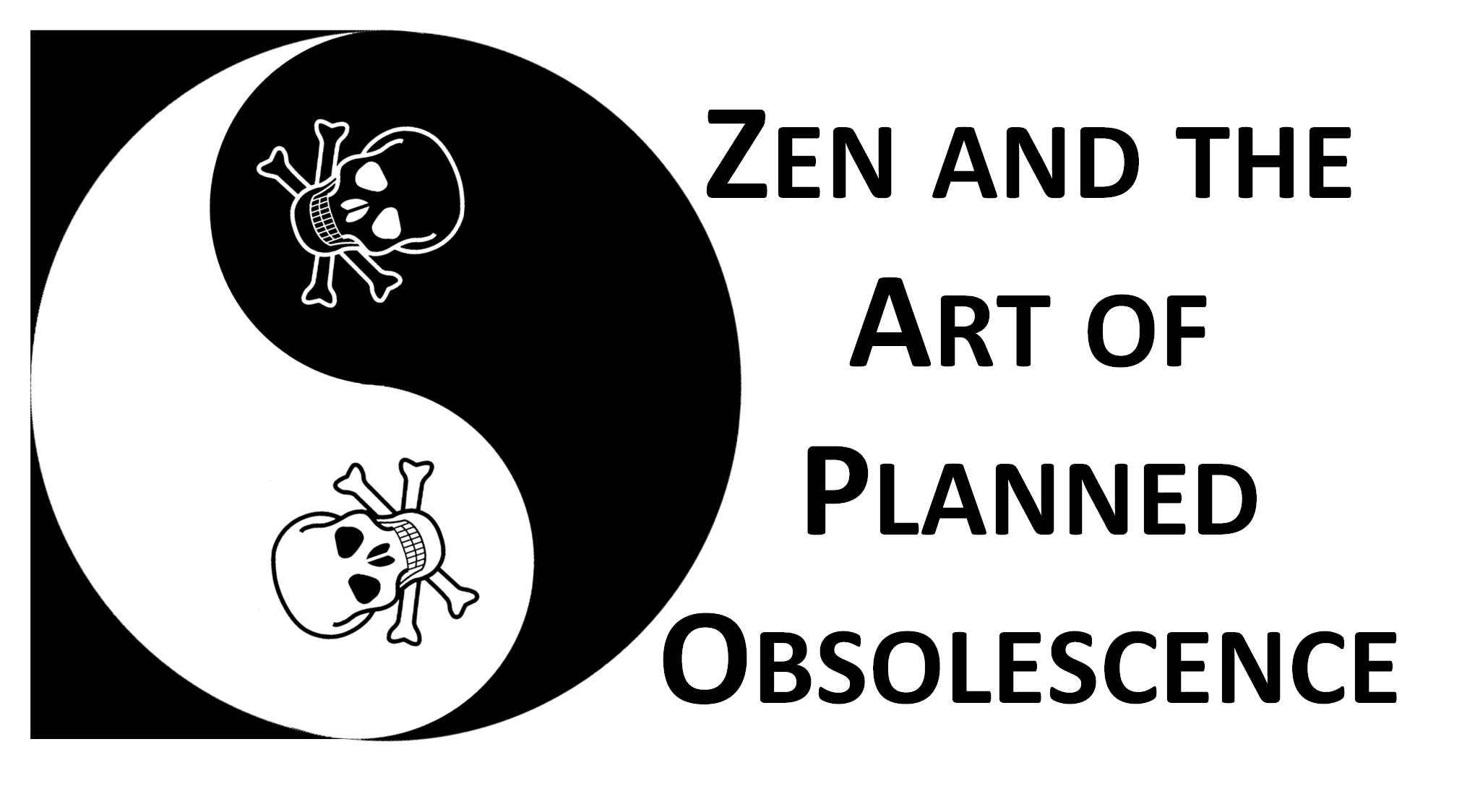 This treatise deals with „Hard Obsolescence“, i. e. the failure of things or parts of things, although no usual user would ever have the idea that the said part might be subject to considerable ageing or even wear. „Soft Obsolescense“, i. e. the premature wear/aging of consumables such as printer ink/toner, or any kinds of wear parts is not subject to this article.

To explain such -real!- phenomena referred to as „planned obsolescence“, people use to call on conspiracy theories or simply assume these phenomena to be intentional – complete nonsense. Although the acceptance of such phenomena happens where it does not violate a company’s image. The toothless European consumer protection authorities seem to be helpless – and rightly so, because there is no widespread use of specific predetermined breaking points limiting a product’s lifetime.
I will point out the root causes of „felt obsolescence“ – these are not planned, but are inherent in the matter’s nature .

Primer: An obsolescense anecdote to provide a basic understanding of the phenomenon.

As a student trainee (by the end of the 1980s) at a large electronics company, I was involved in the repair of an outage: At one of the workplaces in the circuit board assembly department, a mechanical switch had failed – the worker employed there could no longer produce.
On my way to the workshop to get a spare switch, I received a call by radio to bring a second switch back with me – the same switch of one of the other workstations in the production area had failed.
On my way back from the workshop to the circuit board assembly I received another message via radio, the request for six more of these switches to be brought along – because two further switches had failed – and the engineer, who had meanwhile been called in, knew that all these switches of the production area consisting of 8 work places would fail soon . Thus, it made sense to replace all the switches – and indeed, during the replacement work, the switch of another workstation failed.
The reason for the synchronous failure behaviour of the switches was simply the fact that these mechanical switches were almost identical mass-produced units, all of which were made from a single batch, i. e. produced at the same time and, this is the point, all switches had almost the same number of switching operations during three-shift operation. The number of maximum switching operations thus marked the service life of all switches. Therefore, it also made sense to replace all switches on the production island, including those that still functioned, in order to avoid imminent production losses and repair costs.

And what does that anecdote have to do with the planned obsolescense ? Very much – in the form of a major cause and two amplifiers, as I will describe below,

Root cause: Continuous innovation and optimization vs. cost pressure:
Pressure from the market or competition forces manufacturers of mass products to continuously improve and/or optimize the relationship between costs and revenues. Thus, manufacturers continuously optimize (lighter, cheaper, smaller) and improve their products, for example, new versions of a kitchen appliance are thrown onto the market. This process takes place up to the „pain threshold“.

The pain threshold represents the ratio of claims and returns to planned revenues within a certain period of time – in the case of smartphones, for example, this is usually two years.
The development and test phases take place in ever shorter iterations. If a company brings large quantities onto the market over many years, the product approximates in all (!) its attributes and properties ,minimum requirements of the warranty.

That’s why the title and banner of this article – it is about the everlasting interaction between innovation and cost pressure.

But that’s not all – a manufacturer may find out at the end of the test phase that production and sales will pay off despite a high rate of included returns, just because margin and total number of units will justify this. However, the high number of returns would damage the brand’s image. So the product may be sold via a new or existing low-price brand or even no-name product.

This results in two aspects:

Alternatives are: Avoiding the interplay between optimisation/innovation and cost reduction from the outset and instead offer higher prices or work with smaller margins.

But even that doesn’t always help. There are two other aspects that encourage continuous degeneration which itself :

Manufacturers of complex products rarely rely on a single supplier for a particular component – the „second source“ principle applies here: For every component of a device there should exist at least one other supplier besides the main supplier. This second source will compensate when the main supplier fails, delivers poor quality or simply makes outrageous demands.

This applies above all to the purchase of standardised individual parts that make up a product, such as closures, light-emitting diodes, batteries, etc. There are sometimes even more than two suppliers in charge, not only diversified by supplier but also by geographical (crisis-) region. It is important that all suppliers are constantly active, i. e. there is no standby provider.

Given that, all those involved know (or should know) what they are dealing with.

The multi-provider management approach has further consequences:
1) The producer can thus experiment, produce and optimize faster with products from components of different manufacturers and of different quality.
2) Last but not least, the manufacturer can also supply several markets with different product qualities based on local requirements – this means that comparative long-term studies on products‘ lifetime are possible.

This is common practice with many big players in the global electronics market to push the optimization to the pain threshold up to the felt obsolescence.

Another form of provider management is the transfer of complete or largely manufactured products to suppliers, which the brand manufacturer then sells under its own brand.
Of course, the aforementioned second- and-more-source principle also applies here.

The principle of several nationally distributed suppliers enjoys particular popularity in the circle of big Swedish furniture companies as well as almost all major international electronics groups.
There is, however, one problem with this type of sourcing, which inevitably leads to the degradation of a product:

The brand manufacturer who commissions the sub-suppliers has to specify a complex product by himself, since there is usually no industry standard for such a sub component. Such specifications are mostly concerned with the appearance, functionality and legal requirements of a supplier. However, quality requirements are often either not taken into account in the specification and are even less frequently checked. This is especially the case if a certain quality level is taken for granted from the client’s point of view or if the supplier has „documented“ the quality in the form of an initial „sample“.

This leads to the suppliers carrying out further „optimizations“ during production, e. g. thinner material, cheaper/bad colours, etc. – without informing the main manufacturer about.

As sub providers do so without the brand manufacturer’s knowledge, so that there are „optimizations“ from different sides. This leads to a much faster degradation or deterioration of the product.

Depending on the supplier’s mentality, this „optimization“ is carried out in a far more aggressive way than that of the brand manufacturer itself. The customer is even surprised by the deterioration in the product’s quality. Corresponding complaints to the supplier then lead to an increase in quality at short notice. This iterative interplay then accelerates the approximation to the critical quality level perceived by end customers as obsolescence: „Death on warranty end“.

Considering the above-mentioned causes of „felt hard obsolescence“, one could of course at the end of the day ask who would benefit from a planned obsolescence. The beneficiaries would by no means be the manufacturer of the failed product – the customer would rather opt for a competitor’s product as a successor product.