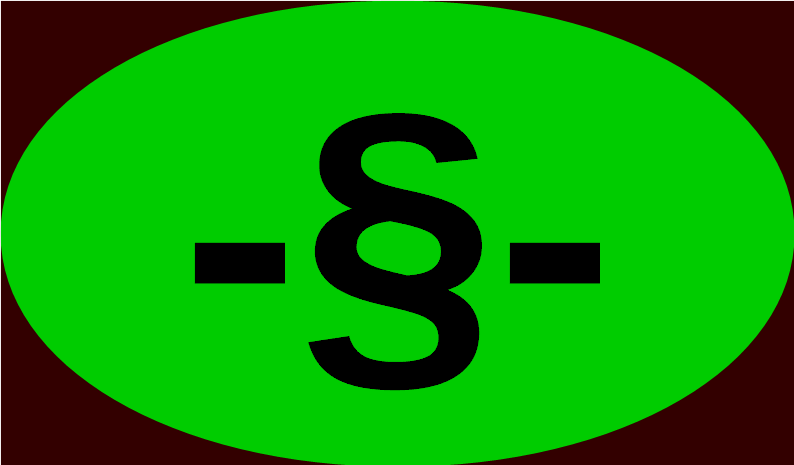 My professional project universe is diverse, in multi-project scenarios agile and conventionally managed projects coexist in a program side by side. The conventionally managed projects are mostly fixe-price projects („FP“) with hard deadlines, and fixed, rather smaller scope, while the agile projects are calculated according to time and effort („T&M“).  Very often agile „T&M“ projects are based on the results of preceding FP projects. Also commonly, T&M and FP projects within the same program must be coordinated  towards one common goal.  Where necessary, staff members switch between different project types. In addition, the agile SCRUM teams are made up of employees from both the client and the contractor side.

The flexibility required in the  scenario described above is very difficult to achieve due to an amendment of the law on the provision of temporary workers, which came into force in April 2017. Problem is that this amendment  strictly distinguishes between contract work („fixed fee“) and service contract (T&M). This is completely unworldly, since effective contracts in an agile environment contain provide for fixed fee arrangements as well as for dynamic fee arrangements. The amount of the respective parts (dynamic/fix) depends on the contract’s duration and the level of achievement reached at the termination of the contract.

Thus, the current legal situation prevents a modern agile cooperation between clients and contractors and assumes instead a completely outdated strict separation of client and contractor team. DevOps projects are thus practically limited to pure in-house developments. This may also offer benefits, but it does not make sense for many companies.

The consequences in practice

As stated above, the alternative would be complete in-house developments. This might work for traditional companies , but in the age of digitization, at least in many areas of the software industry, it is unworldly. I do not understand how the small coalition partner in Germany’s grand coalition was able to initiate such a harmful law for the digital economy.

The creation of software in agile teams would therefore automatically require a temporary employment („ANÜ“) on the part of the supplier. Here, however, the restrictions specified for ANÜ in the above-mentioned law apply, e.g. the maximum duration of 18 months. For long-term coordination in conjunction with highly qualified employees whose skills cannot be found in every corner, ANÜ is not an option.

And it gets even thicker…

Another legal measure, the purpose of which seems to be to combat modern technologies and the associated working models and methods (SCRUM, Kanban), are the additions in Germany’s Social Code on the subject of employment and self-employment (§§ 7 to 13). These now do not offer any clear criteria for a client to exclude a bogus self-employment with an engaged self-employed person.  As a consequence of a subsequently identified bogus self-employment, severe penalties are threatening.

The consequences for the German digital economy

Such imponderables in the commissioning of external service providers mean that Germany is sustainably decoupling itself from digital progress.

This is contrary to the requirements of the digital economy, which is why some German companies are taking some paths here, for example by outsourcing development activities to nearby European countries.

Other ways to increase flexibility will be taken by SAP, for example, when SAP  ubiquitously introduced the home office option in all countries. Of course, in Germany, home office also remains a daring undertaking, since the bureaucracy threatens the „home office“ topic, too, if lines are provided regularly and to a considerable extent in the home office.

Of course, it is polemical to blame only one political party for the incompetent legal situation. Moreover, the motivation for such legal textbooks results only to a small extent from an ideology, which assumes that employees are to gather at certain times at time stamp clocks and in allotment garden colonies. Rather, it can be assumed that the main motivatoion is the restructuring of the pension funds – in the latter case, all coalition members would probably have pulled in the same direction.

Up to now I have managed not to get involved in ANÜ or any kind of permanent employment, but in my work for different clients and in different projects I am constantly confronted with new compliance rules that do nothing other than make my work sustainably more expensive – and slow it down just to comply with the confusing legal requirements.

We can only speculate about the fact why the entire German digital economy has not yet gone up in arms against such laws.