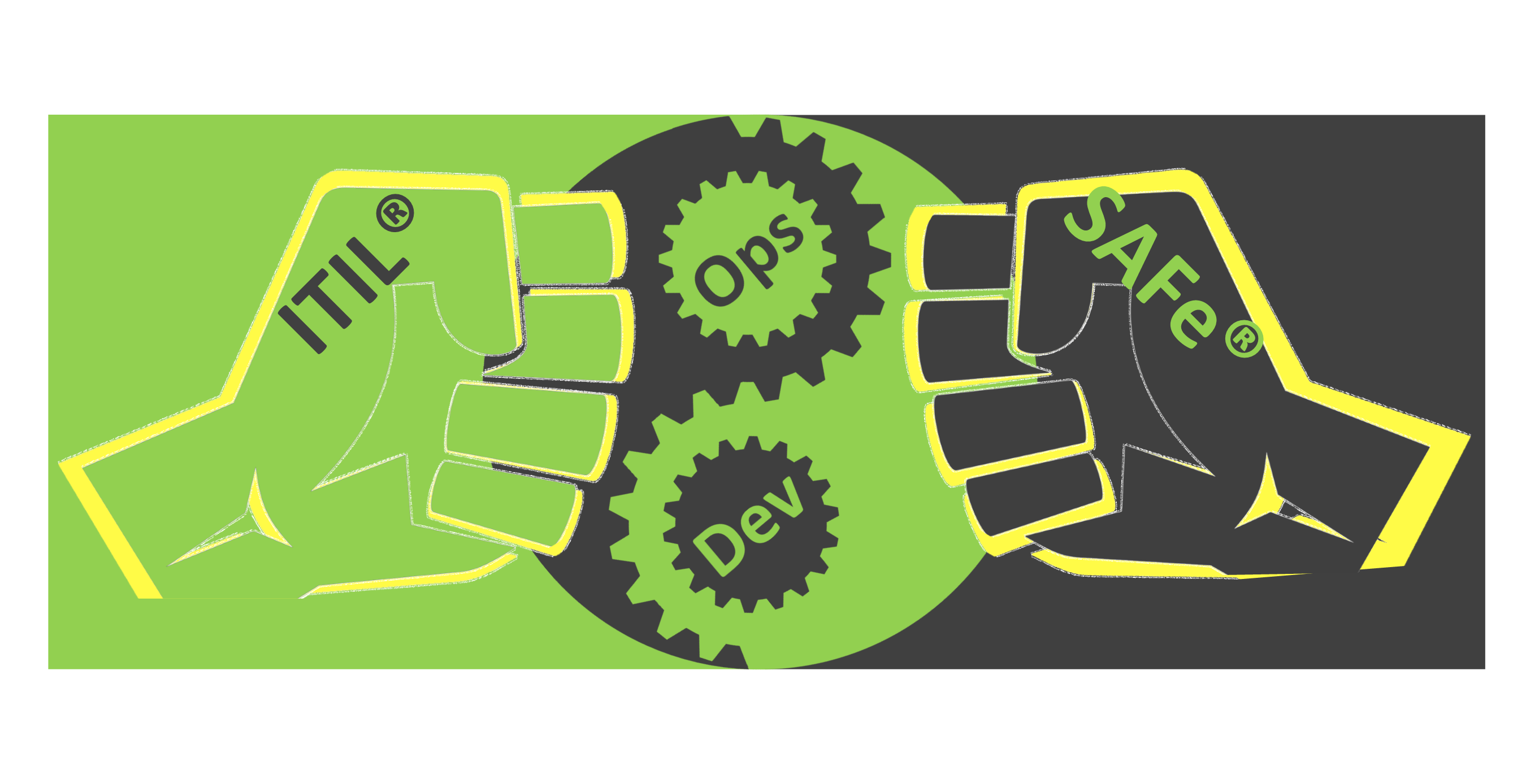 It is now called „ITIL® 4“ – the successor version of ITIL® 2011. The name change became necessary because Axelos (the ITIL® collecting and licensing society) initially announced an ITIL® update in 2018 („ITIL® Update 2018“), but abandoned this plan.

It also seems that Axelos and the ITIL® Foundation have come to the conclusion that a „small“ update is not sufficient. Instead, Axelos obviously strives for a larger roll in the form of a new version „4“.

In its own juice

To be fair, one has to point out that Axelos does not „invent“ the best practices or develops them by itself, but only documents the existing best practices of the ITSM industry and makes them generally accessible in order to earn money from the licenses for training and certification.  The fact that the inclusion of agile and lean practices such as DevOps is no small task becomes clear when considering that Axelos depends on the ITIL® Foundation, in which ITIL-certified and ITIL-interested persons are represented. These persons are mostly employed in companies whose best practices are oriented towards traditional ITSM. It can therefore be assumed that the majority of these companies are not really agile.

This is also the reason why Axelos explicitly asks for input for the ITL 4 release from outside the ITIL® Foundation. Because the ITIL® Foundation naturally stews a bit in its own non-agile juice regarding DevOps, Agile and Lean and therefore depends on input from a competent source.

I naturally wonder to what extent representatives of the agile and DevOps community or even supporters of the radical agility approach are keen to get involved in ITIL® 4 so that Axelos can monetarise their findings.

Axelos is obviously also asking question – various authors on the ITIL-WEB site will not tire of pointing out in prayer-mill-like terms in various articles that:

In my opinion, a discussion that does not really exist is provoked here. I don’t know of any specialists who would seriously take the view that DevOps is the „new“ ITIL® or that DevOps is not compatible with ITIL®. Because DevOps mainly aims at transition processes that realize the transition of a software from development into production.

In addition to ITIL®, there are other frameworks that could compete with ITIL® with a holistic approach: The Scaled Agile Framework (SAFe®) or e.g. Large Scale Scrum (LeSS). Although primarily designed for the development of software, Safe®, for example, has a validity claim oriented towards the entire organization. It provides that:

(1) DevOps is not a result, but a precondition for the most basic SAFe® implementation („Essential SAFe“).

(2) Cross-functional feature and system teams also perform tasks relating to the maintenance of the (development) infrastructure.

Although SAFe® does not explicitly claim to cover IT service management processes, it can be expanded to cover them. Similar to ITIL, SAFe® is already based on strategy level, the so-called „portfolio management“, and offers various expansion levels for use in companies of different sizes.

Against this background, it becomes clear why Axelos is starting the discussion about DevOps – because Axelos/ITIL® can argue successfully without further ado. Experienced companies that introduce SAFe® or LeSS, on the other hand, could come up with the idea of gutting their rigid ITIL-based ITSM processes in order to reorganize the still usable components using the agile frameworks.

Do not alienate the regular customers

With its „ITIL® 4“ initiative, Axelos does not forget its regular clientele either – the certified ITIL batch carriers of all colours.

Their certificates should continue to be valid, even if their owners have as good as no practical experience with agile technologies.

In order to remain credible, the innovations to be expected with ITIL® 4 must not be too profound.

Because: Axelos is obviously afraid, not of DevOps and agility per se, but of other best practices spreading under the Axelos ITIL radar. Just as the dinosaurs probably paid no attention to the first mouse-sized mammals.

If you look at the categories of innovations planned for ITIL® 4:

– Practical guidance on how to use ITIL

– How ITIL® can be used in conjunction with DevOps, Agile and Lean

it also becomes clear that these will not be revolutionary changes, because e.g. the ITIL service strategy processes will not be affected by the abovementioned points. However, CLOUD and KI as well as Big Data technologies represent a challenge for the strategic orientation of IT service providers.

Axelos is still playing into the hands of the inertia of the large IT service organizations. But should be evident that the traditional strategies and practices for ITSM processes, which are geared towards ever greater economies of scale and strict outsourcing, will reach their limits under the constantly increasing pressure to innovate.

In order to continue to be relevant to ITSM in the long term, ITIL® must consistently open up agile techniques and procedures and Axelos must also collaborate with other organizations. SAFe® seems to be a good approach here, but other agile frameworks such as LeSS (Large Scale Scrum) or DAS (Disciplined Agile Delivery) could also be considered.

I see a certain potential in the Scaled Agile Framework (SAFe®), for example, if it were extended to include operational aspects.

Although the current version 4.0 of SAFe® only deals with agile software development, I believe it is possible to integrate operational best practices.